Between the 10th and 24th of October 2008, three armoured personnel carriers rumbled through the laneways of Sydney’s CBD, parking up for the day, then moving on again to a new site at night. They were manned by ex-Australian defence force personnel decked out in black overalls and military boots.

The drivers were asked to keep a distance from the public whilst they went through their daily maintenance procedures and rituals, as if deployed on foreign soil. Tank Project was designed specifically for the general public who might stumble upon the tanks in the course of their day, and pause to question what was going on around them. Tank Project is a reminder of the security we take for granted in the western world, a security not shared by citizens of Iraq, Afghanistan and Syria at this present time.

Tank Project was commissioned by The City of Sydney for Live Lanes – By George! 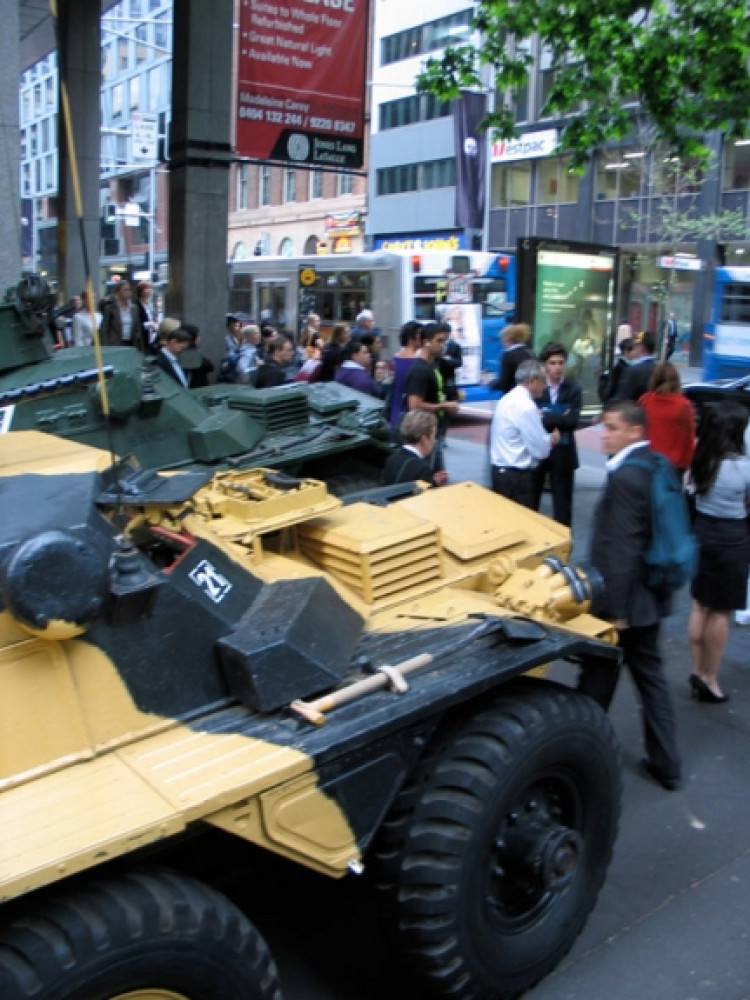