I always have a favourite badge attached to a well-liked jacket. Currently my jackets sport the badges ‘Mars or Bust’, ‘New Mexico’, ‘End Coal’ and the boyishly entertaining ‘Arizona Sheriff’. The right badge on the right jacket stills seems to me to be cool. A mini snapshot of my intellectual and aesthetic progress at any one time.

Did you ever wear a badge? Was it a favourite band, or a risky political slogan, or maybe a school prefect’s badge? Badges run from the seriously authoritative, like the policeman’s shield, to the antithesis, like ‘Free Nelson Mandela’. The badge, in just a small space, imbues the wearer with an inordinate amount of meaning.

I like the feel of old school design made with real cut and paste, done with scissors and glue. Predigital design often has a very strong individual aesthetic that reveals the hand of its maker with ticks and flaws included. It produces a look or style, based on genuine found principles.

B-movie film posters are an accumulation of discoveries that speak so clearly about the films they present. Punk found a graphic language cut directly out of newspaper headings. Old souvenir postcards reveal their country of origin, such as the brash fonts of the American West, prim English Tea Shop cute, and severe Eastern Bloc brutalism.

Rooting around in junk shops, I sometimes come across an old badge, a memory jog from a previous political or cultural moment. Badges have such a disproportionate weight of nostalgia compared to their rusty little size.

With Giant Badges I have tried to recreate that powerful ache of memory. These works reference apocalyptical Sci-Fi films and futurist ideas, often from the 1970s. However, their giant size gives them a tactile contemporary 3D-ness that sends their message forward to the present. New Pop for a new age. 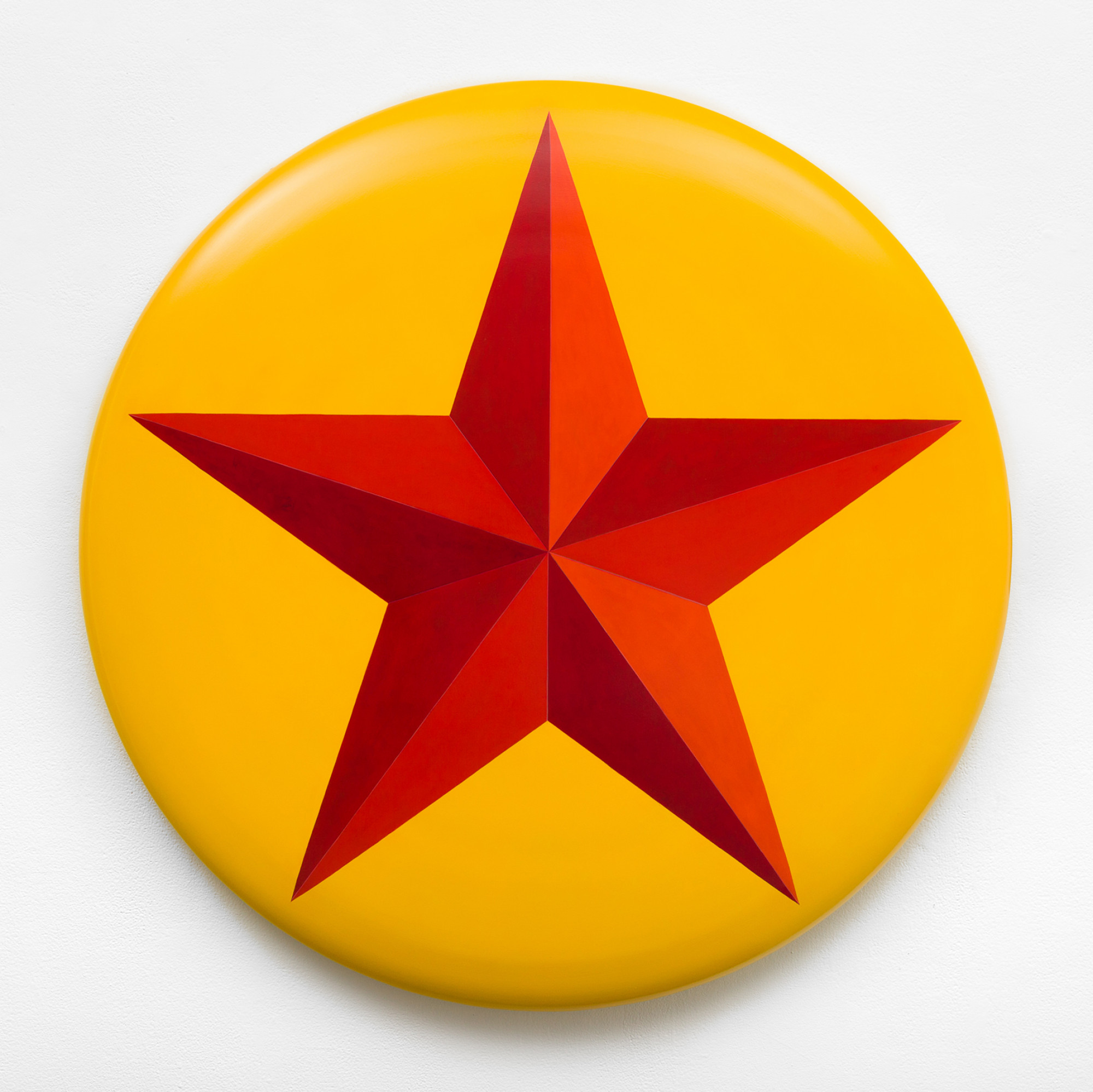