Road Trip is an imagined work about a possible post-apocalyptic future history of the world. A recognisable life-size copy of a standard Land Rover has been made from recycled plastic and wooden stakes. Inside it contains a motley collection of chairs and stools, an old wooden crate and a slide projector. The seating faces the windscreen of the vehicle and on the windscreen the slide projector plays an endless carousel of typical road movie images.

This car seems to have been built by someone who has never seen or been inside a real working motor car, perhaps they have only ever seen a dog-eared photograph of the vehicle, hence the apparent lack of detail of the interior and the non- functioning of any single part.

This Land Rover will only ever rove over the countryside on the back of a horse or cart as it wanders from one post-apocalyptic village to another. It is nothing but a fairground ride, built by a fading civilization. The piece has a quasi-nostalgic quality reflected in the fact that the car is stationary and goes nowhere but it is built from the few remaining plastic scraps from a previous society.

The images playing on the temporary screen range from cityscapes of New York and Los Angeles to deserted highways of the American West, and together resemble some demented Jack Kerouac road movie. In fact the imagery includes: The elevated L train from Long Island, New York City; Sunset Boulevard in North Hollywood; Route 66, from California through to New Mexico. All images have the iconic look of scenes from American road movies. 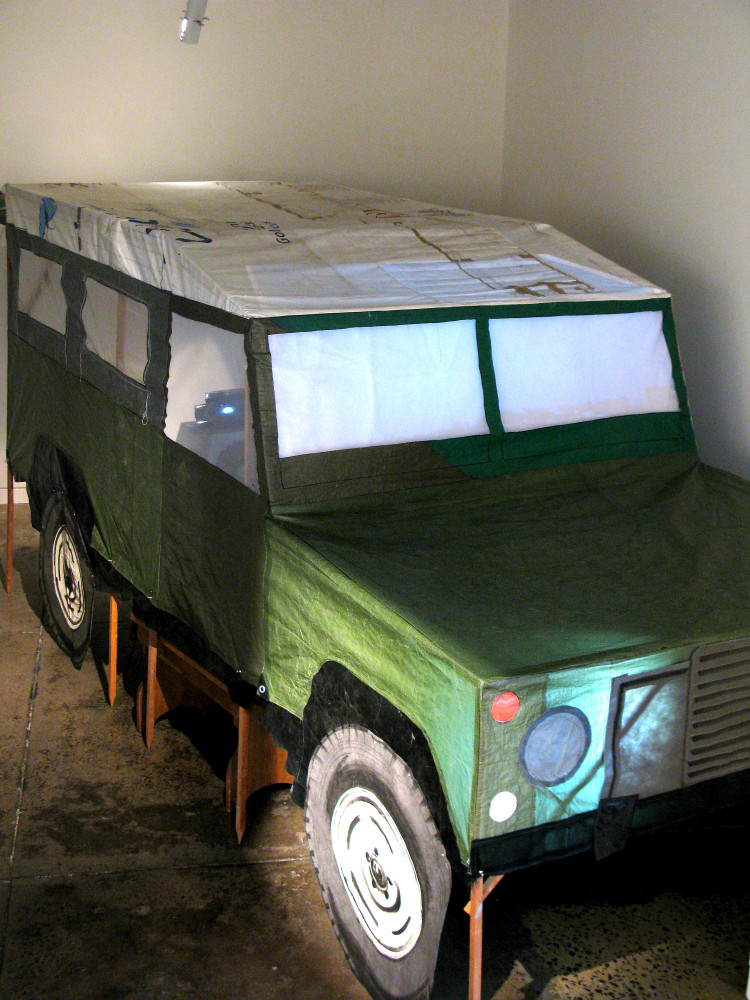