On Thursday the 21st of November, at 10am local time, a meteor struck the rural town of Kandos, New South Wales. It landed with a very loud explosion, which rattled windows in the town and scared cattle grazing in a nearby field. By a huge stroke of luck it managed to miss all people, animals or buildings. Although the meteor has yet to be excavated, it created a 20 meter wide crater, over 3 meters in depth.

Scientists rushed to the scene but the center of the crater was too hot to approach, and was still smoking days after landing. The scientists remain baffled as to the celestial origin of the meteor. Visiting artist Adam Norton saw the whole thing, and when asked to comment replied, "I thought my number was up, but it landed meters in front of me, I was enjoying a cold beer in the hot weather."

Meteor Crater was built with a Bulldozer over two days and finished off with pick and shovels. The crater was 15 meters across and 3 meters deep. The whole ejecta field was spread over an area approximately 90 square meters. At the base of the crater a smoke machine and timer were buried giving off a 10 - 15 second blast of smoke, as if the meteor had only just landed. At night a small rotating mirror ball spun purple lights into the smoke trail, adding an unearthly effect to the crater. 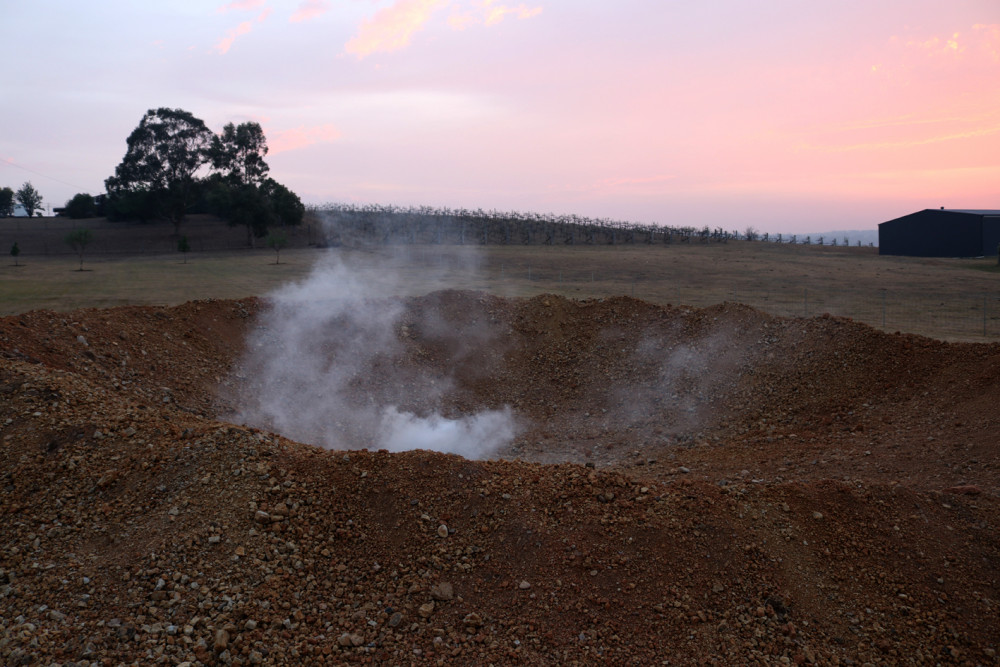 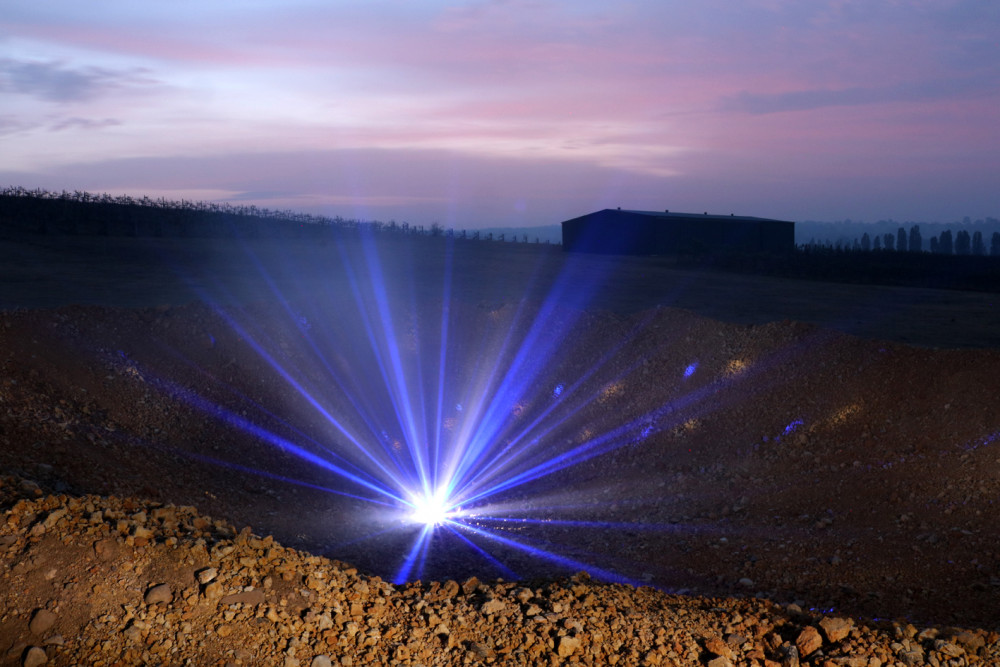 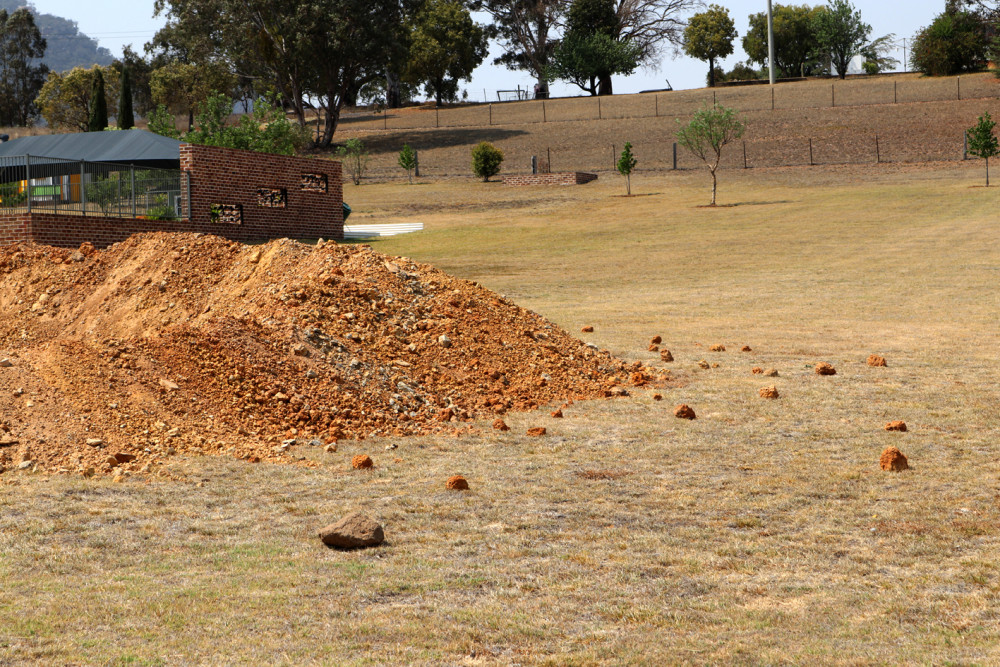 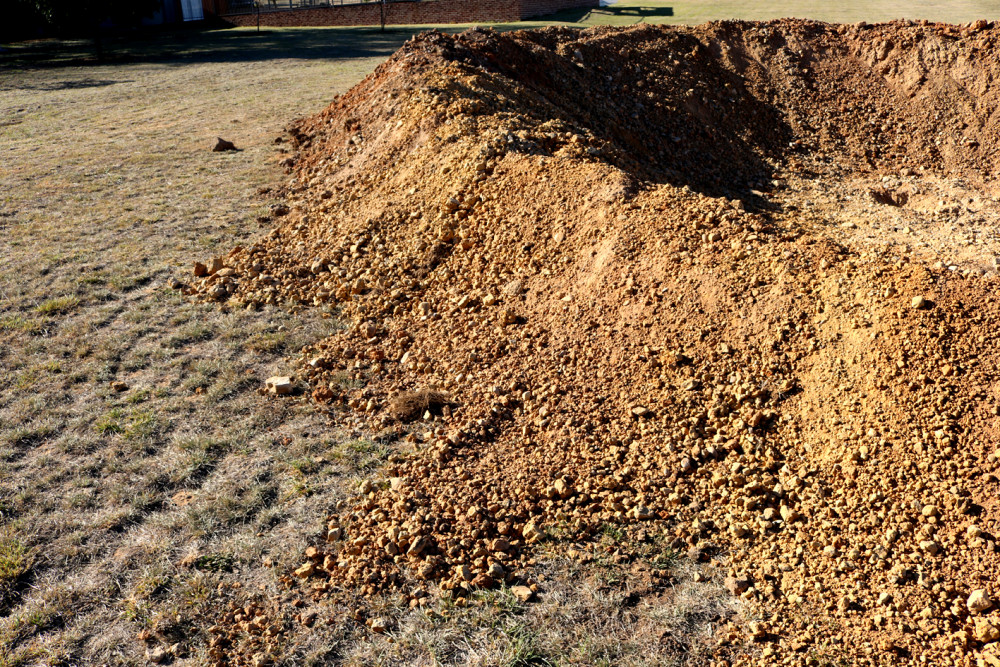 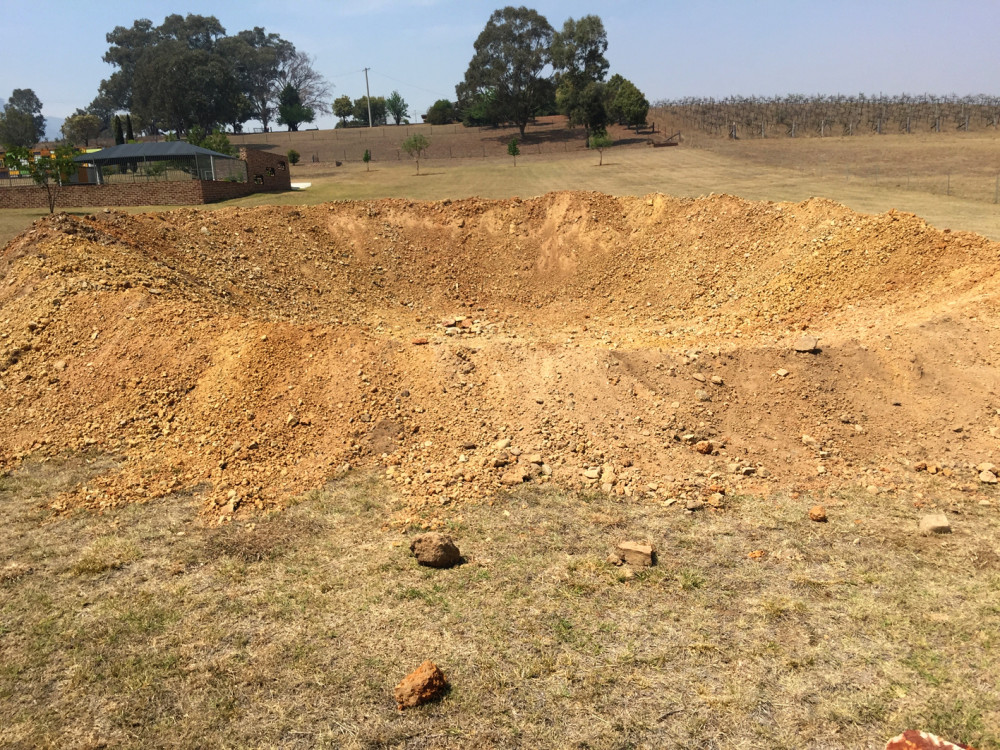 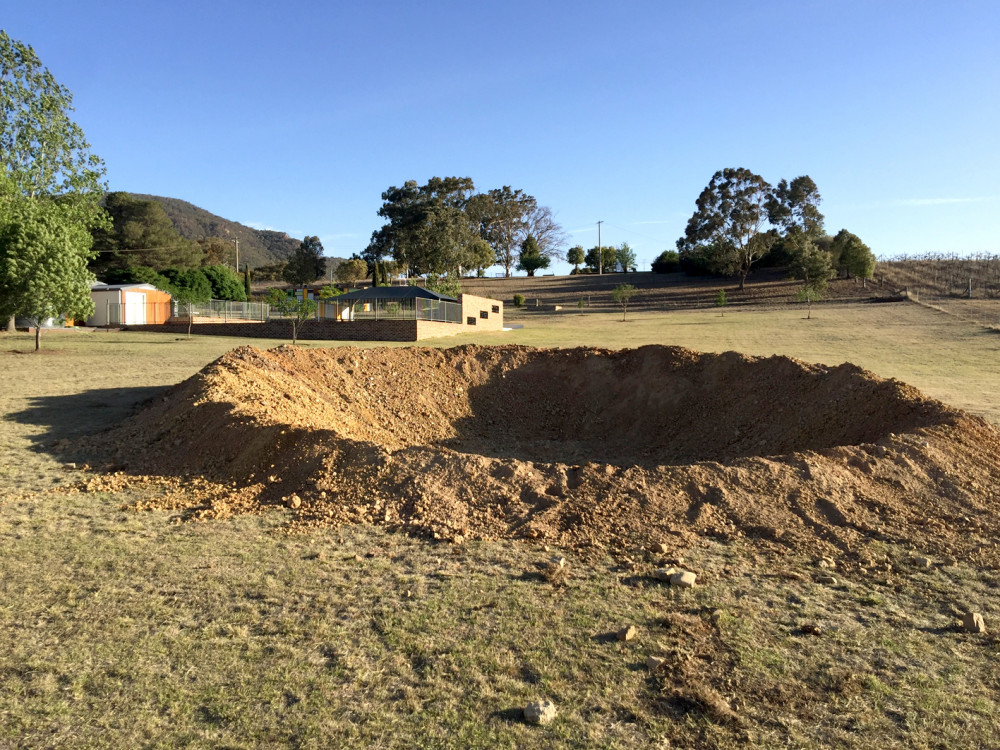